India (Ep. 4).Picnic at 3000 m altitude and temperatures as in Alaska

India (Ep. 4).Picnic at 3000 m altitude and temperatures as in Alaska

I’m traveling now for almost one week and I feel like I have been here for over a month. I must be lucky because I’m in a friendly and balanced group.

Today we are driving through the Suru Valley. But first, we stop for a hot cup of tea. We are in a small town called Sanskoo. I drank my tea outside so I can have a look at the locals passing by. 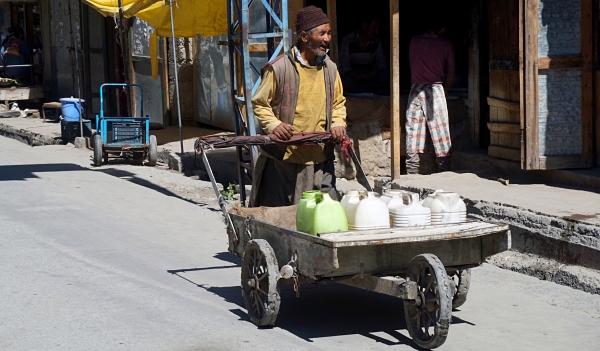 Then we continued our drive. We were going to see the giant statue of Buddha. Apparently, there were 4 statues like this one in the past, 3 of them in Kargil. They were called Future Buddha. 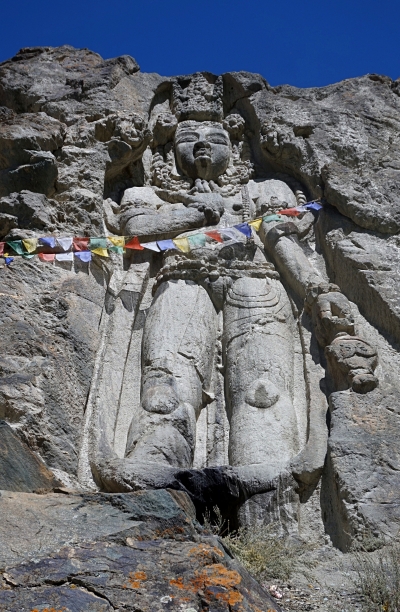 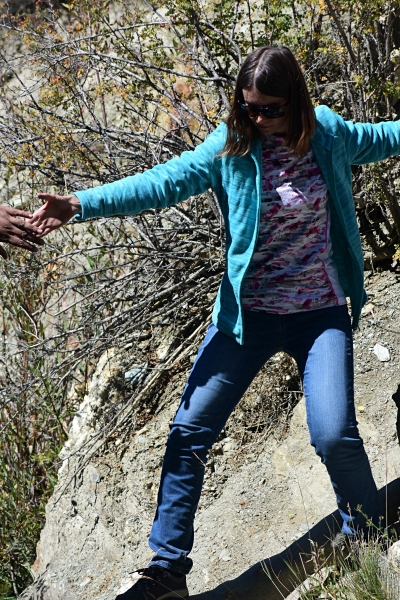 You cannot see Buddha’s statue from the main road. It’s somehow hidden from the curious eyes of the people. You need to walk on a narrow alley until you can see it. There’s only one house on this alley. The family sleeps on the ground floor during summer time and during the winter time they all go down in the basement, alongside the animals.

Anyway, the children are always curious and sometimes they even slightly blushed.

The village where the statue is located is called Kartse Khar. It would be translated the castle name [kartse means name and khar means castle]. And of course, it also has a castle built on a high rock [you will see below that the concept of a castle is a little bit different than what we, Europeans, know].

After we stopped at the Buddha statue, we went to see the castle [or what was left of it]. In order to get there, after a steeper climb, you really need to escalate the rock (it’s not that hard, but we were 5-6 people that had the courage to climb it). The view over the village and mountains was totally worth the effort. 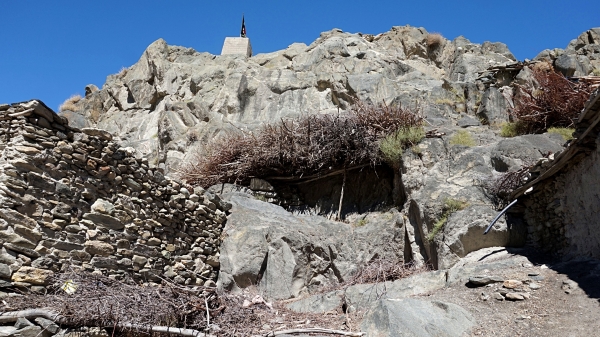 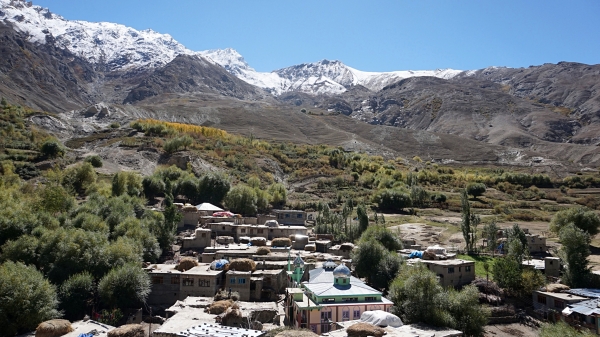 We descended from the castle and continued our walk through the village. That’s how we got to a group of women that were washing the wheat. They were using it afterward as fertilizer for the soil (at least that’s what my friends from the group translated).

A bunch of kids surrounded us. By the way, the child here is called “Noo-Noo”. I couldn’t withhold myself from taking photos, but I didn’t want to take too many. I just wanted to enjoy the moment. 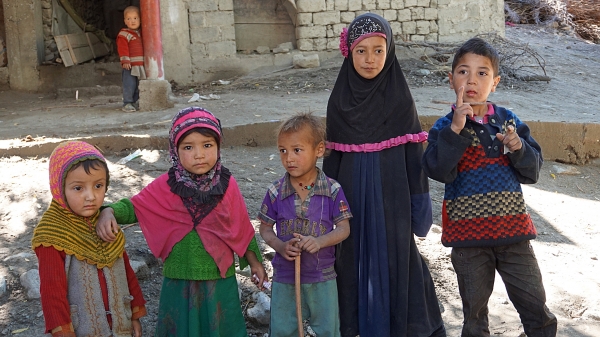 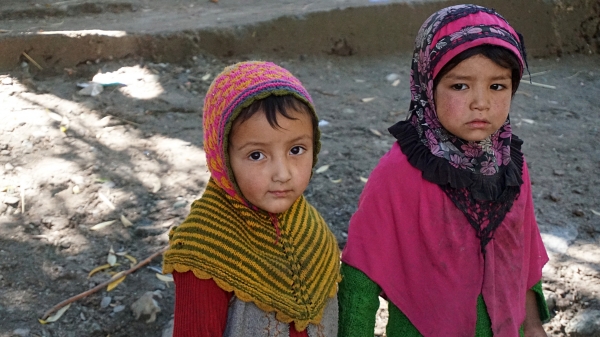 We left the village and continued our journey through the Suru Valley until we got close enough to see Nun and Kun peaks [Nun is 7135 m high | 23409 feet and Kun is 7077 m high | 23219 feet]. These mountains have something special. It’s hard to describe it in words. They just attract you like a magnet. Of all the moments of today, the sunset fascinated me the most. 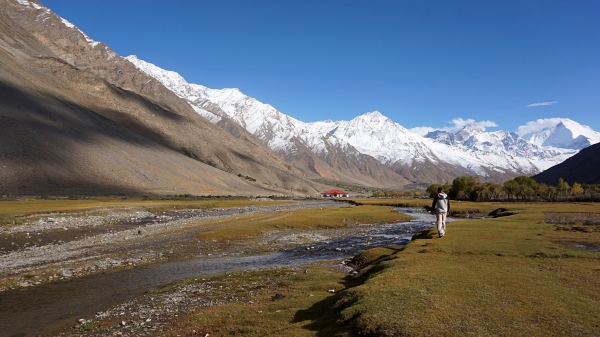 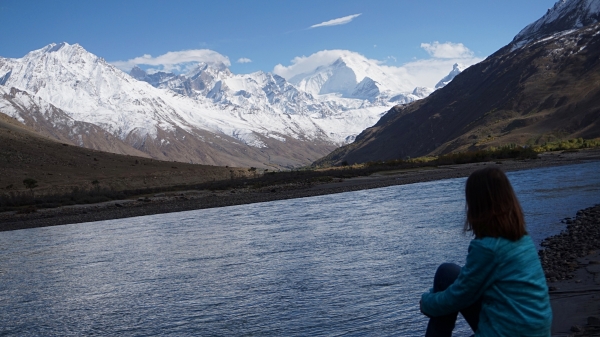 Here we also had a picnic. Should I say that the food was super tasty? 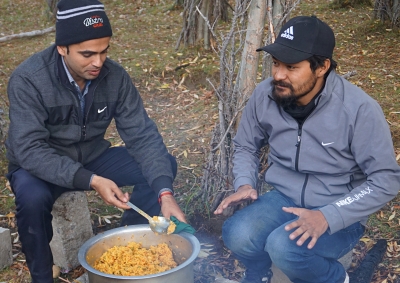 In the evening we returned to Kargil.

By the way, did you know that Kargil and Dras have some of the lowest temperatures? Like in Alaska.
We arrived in Kargil at the end of the tourist season. After our departure the hotel would close until the next spring.
Why? Because in Kargil snows a lot. It snows so bad that students don’t go to school during winter time. They have holiday from 15th of December to 1st of March. Like our Romanian school summer holiday 🙂

* This was a sponsored trip by Goamit Adventures.

This website uses cookies to improve your experience while you navigate through the website. Out of these, the cookies that are categorized as necessary are stored on your browser as they are essential for the working of basic functionalities of the website. We also use third-party cookies that help us analyze and understand how you use this website. These cookies will be stored in your browser only with your consent. You also have the option to opt-out of these cookies. But opting out of some of these cookies may affect your browsing experience.
Necessary Always Enabled
Necessary cookies are absolutely essential for the website to function properly. This category only includes cookies that ensures basic functionalities and security features of the website. These cookies do not store any personal information.
Non-necessary
Any cookies that may not be particularly necessary for the website to function and is used specifically to collect user personal data via analytics, ads, other embedded contents are termed as non-necessary cookies. It is mandatory to procure user consent prior to running these cookies on your website.
SAVE & ACCEPT